The Book Of ELI with Denzel Washington and Mila Kunis 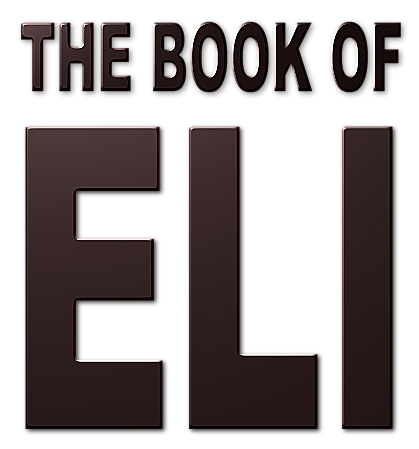 Why any Man should watch this brilliant movie!

The Book of Eli is a story about a lone man in a post apocalyptic world that has been rendered void and dry, completely desolated by a war that tore a whole in the sky, which led the sun to scorch everything. Only a few survivers inhabitate the ruins of the destroyed cities.

Eli found the only remaining bible in the world – a voice from within guided him to a place where he found it in the ruins. The voice also told him to bring this bible to somebody who needs it.

On his way to the West coast he encounters a lot of dangers. He has been travelling for thirty years and we are following Eli on the last part of his quest, where he finishes his mission.

In a destroyed village he meets an uncivilized gangleader who owns the town. He tries to appear civilized and his mission is also like Eli’s to find a bible, which he can use to suppress and control the citizens of his town. He accidentally discovers Eli’s bible and he will do everything in his power to get his hands on it. So here we have it. The good and the bad. And they want the same thing.

Denzel Washington plays the character Eli who is not only on the quest of his life. He IS the quest! Eli has a calling. He is a Man on a Mission!

On his way he walks into this small town – or what’s left of it. His ancient iPod has run out of power and he needs the batteries recharged. He also needs water and he ends up in a western saloon like establishment where Carnegie (Gary Oldman) lives and rules the town. The saloon is stuffed with Carnegies people and it is very hard not to say or do anything that wouldn’t provoke someone.

And people who wan’t trouble can always find a way to get provoked as an excuse for beating up another guy. But Eli don’t want any trouble, which means that the first guy trying to act if he is offended, is stopped in less than 1/10 of a second, when his skull has a close encounter with the bar. Rapidly Eli is faced with ten more of Carnegies buddies surrounding him.

For a man on a Mission this is hardly a problem at all and after disarming most of the men Carnegie is impressed with his skills and wants to hire Eli.

But the only thing he can talk Eli into is to stay overnight.

Carnegie is a little low on ethics. He runs the town and somehow he is able to dominate his men, which are totally loyal and 100% obedient.

Carnegies men are willing to die for him and they often do. Mostly with some help from Eli. They work for Carnegie and in return he feeds them. Carnegie controls the water in town which gives him the upper hand. He also owns the only cars in town.

Both Carnegie and Eli has a Mission. One of them is backed by the universe, which leaves the other in a difficult situation. Everything that blocks the way of a man on a Mission for the Universe will be removed.

Distractions from his path

Solara (Mila Kunis) represents the perfect distraction for a man on a Mission. She is Carnegie’s step daughter and he sends her to Eli’s room in the evening in an attempt to make him stay and serve him.

Solara is beautiful and any man in this situation would gladly take the opportunity to get laid. I will not go into details here, except for one – Eli shows us exactly what distractions are and how to handle them in order not to deviate from his Mission.

During the movie it becomes clear that Eli’s mission is important. Not only to him but to mankind. It is only in the end of the movie we realize how deep this mission is for Eli.

He is totally fearless because he knows the Universe backs him up. There is absolutely no deviation from the path. Eli follows his inner voice which guides him at all times.

The end of the movie is very powerful. Eli’s impact on Solara is so big that she is transformed and gets a Mission of her own. Yes, women can be on a Mission too!

Get connected to your purpose

The movie ends in a surprise that shows how deeply dedicated and connected Eli really is to his purpose. This is how it feels to be on a Mission!

The Book of Eli will not show you what your quest as a man is. It will show you how it feels like to be a Man on a Mission.

Eli is a man who Walks his Talk. And he can do that because he knows what God and The Universe wants from him. He is guided from within. He is a glorious example on Integrity:

When Eli says: ”Put that hand on me again and you won’t get it back” he really, really means it. And he demonstrates it!

When he says: ”I don’t want any trouble” you can’t imagine how serious he is.

Carnegie’s wife is blind, but she feels Eli perfectly. She tells Carnegie: ”He is different than the others. You are not gonna be able to make him do what you want him to do”.

And she is right. She knows that the Power that flows through Eli is Authentic opposite to Carnegie. She can feel it. Carnegie is a shallow man who needs to enslave others to feel powerful.

Every man and every woman has a Mission. Don’t waste your life doing meaningless things for nobody. Let Eli be an example to be followed. If you want a purposeful life where you give yourself an opportunity to contribute to mankind, then go out there and find your Mission! There are plenty of things to do. The world is calling!

If you are a man, confused about direction and purpose in your life, this is the movie for you!